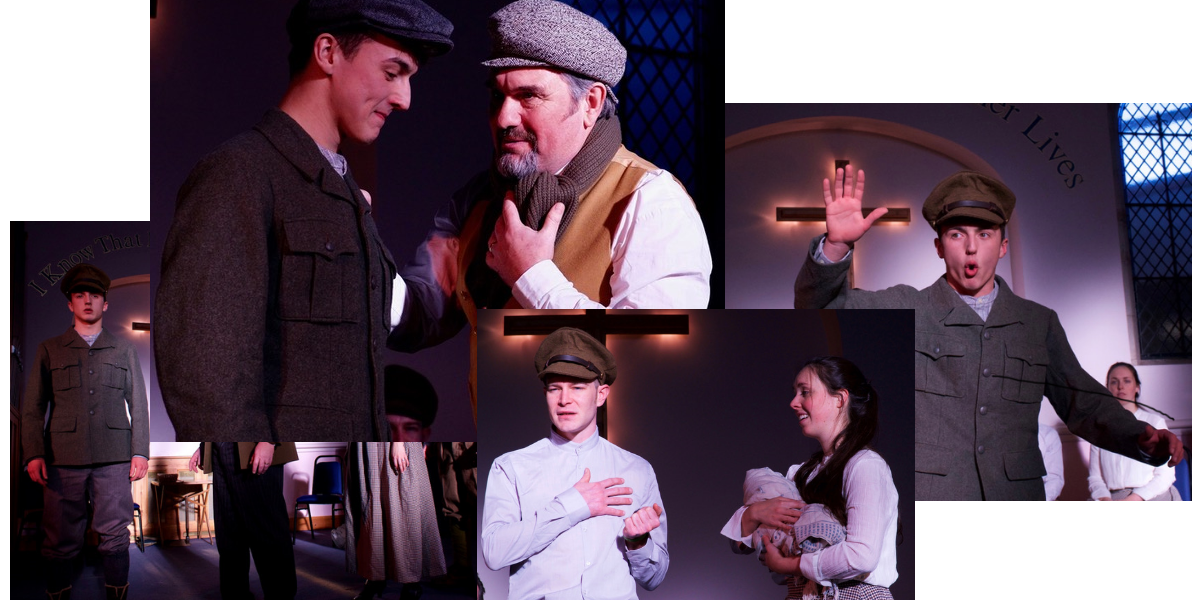 ‘The Gathering – Messages from the Great War’

To listen to interview on Radio Solent about the production, please listen here (about 1.54.59 mins in):

‘The Gathering was deeply moving and very beautiful – like a poem, spare in form but full of feeling.  The actors expressed a great range of emotions, becoming the voices of the  characters whose sacrificial lives are an inspiration to us and to generations to follow and the music expressed the message of hope that came so strongly out of the play.’  Edna Powney

Liz Frampton, Tillie Cutlers’s granddaughter, who lives in the same village as her grandparents, said: “The performance gave me a tiny glimpse of my grandparents, Will and Tillie, whose life I was not privileged to share.”

Alan Wareham, Hubert Wareham’s great nephew, said: “ The play really brought my Great Uncle Hubert’s story to life and  recognises and honours the great sacrifice that he and others made. We thought the actors were superb and the play was a fitting tribute to Hubert and Will and it really helped to bring their story to life.

Visitors to the Priest’s House Museum will be familiar with Hubert Wareham, whose portrait, resplendent in medals for school achievement, is displayed in the schoolroom.

For the Wareham and Cutler descendants ‘it brought our ancestors to life, turning dates, names and places into reality, and told stories unknown to most people.’ 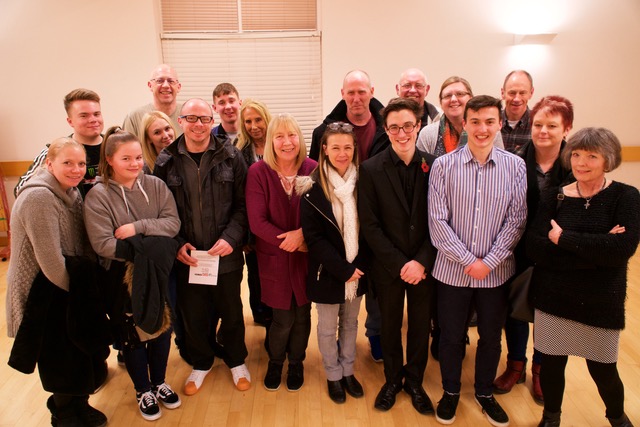 From left to right they are as follows :

“The play is based on letters, photographs and stories provided by family members, local historians and Museum archives.  Using them as stimuli, we have dramatised the voices and thoughts of these four people from these remaining fragments of their lives.”

“As part of the project funded by the Heritage Lottery Fund, volunteers are undertaking research into the people of East Dorset affected by the conflict on the home front and the front line. Family members have come forward with archives and stories, which have proved invaluable. The use of theatre has the ability to make these stories accessible to new audiences.”

The premier performance took place in early 2018 at the altar of Holtwood Methodist Chapel, where Will married Tillie Frampton, in 1913, in the presence of over thirty of Will Cutler and Hubert Wareham’s descendents.

The production by State of Play Arts has been commissioned by the Priest’s House Museum, as part of its ‘The One Hundred Year Heritage of the First World War for Wimborne and East Dorset’ project, funded by the Heritage Lottery Fund.

One Response to The Gathering – 3 further performances