Another chance to catch “The Gathering” 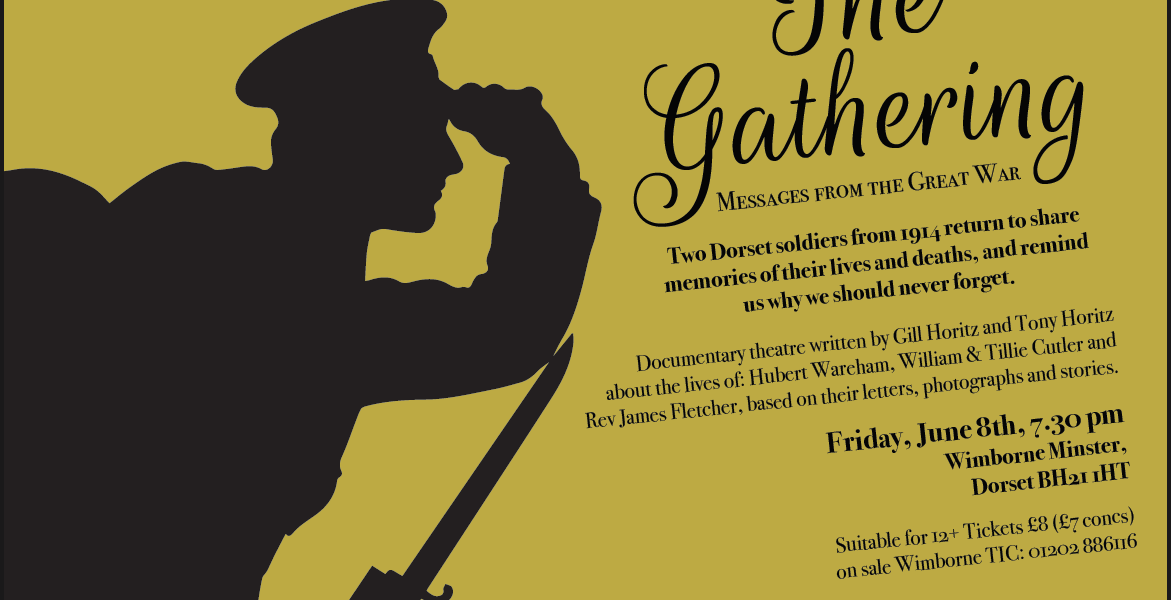 A further performance of ‘The Gathering – Messages from the Great War’ will be staged in Wimborne on Friday June 8th at 7.30pm. The production was staged earlier this year and quickly sold out.

The play is a commemoration of the lives of two local soldiers, Will Cutler and Hubert Wareham, who died during the First World War, and two people closely involved in their lives: Will’s wife, Tillie, and the Vicar of Wimborne Minster, Reverend James Fletcher.