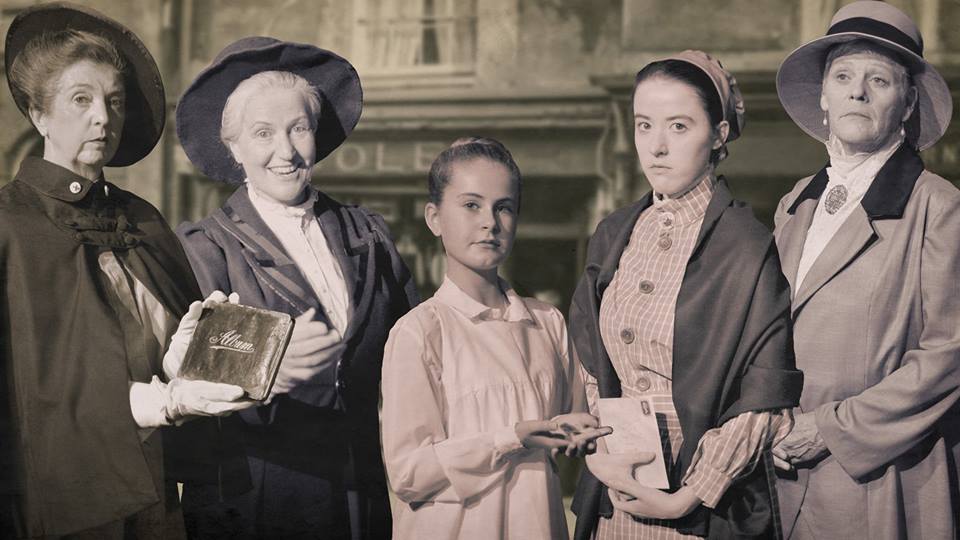 Tommy’s Sisters tells the moving story of life on the home front through the eyes of four women and a girl.

What was it like to be one of thousands of munitions workers at Dorset’s huge cordite factory, a nurse looking after grievously injured soldiers at Colehill’s Red Cross Hospital, or a young girl wondering if she will ever see her friend again? Tommy’s Sisters is a drama based on their own words from diaries and archives.

Tommy’s Sisters was written and directed by Gill Horitz and Tony Horitz from State of Play Arts in collaboration with Director of Photography Alastair Nisbet from arts organisation ScreenPlay .

The first screening in 2016  involved a live performance from the film’s five actors: Michele O’Brien, Chloe Hatherley, Jemima Vivian, Barbara Hart and Tracie Billington-Beardsley, who appeared in role and answered questions from the audience about their characters and lives during the conflict.

Sources used in developing the screenplay include an autograph album (found on the internet) from one of the women, Gertrude Coggin, with entries by the soldiers she talks about, and the diary of Olive Harcourt.

Additional material came from public events held at the Priest’s House Museum to which people brought family objects and stories associated with the First World War.

The film was produced as part of the Priest’s House Museum’s First World War project, which is funded by the Heritage Lottery Fund.

James Webb from the Priest’s House Museum said the project had given the museum a great opportunity to work with arts professionals to tell the stories of people in East Dorset 100 years ago.

“Working with scriptwriters, directors, filmmakers and actors has brought these stories to life for everybody and gives us a real feel of what life was like for these courageous women. Across the country there would have been thousands of others like them but their story is largely untold.”

New dates in 2018 for ‘The Gathering’ and ‘Tommy’s Sisters’: A Double Bill of Dorset Stories from the Great War

One Response to Tommy’s Sisters