Over 200 people of all ages – including some spirited nonagenarians at the matinee in Bridport – have already seen GI Joe in Dorset during the first phase of our 2013 autumn tour, in Wimborne (at Priest’s House Museum, on Thursday 19 September) and at Bridport Arts Centre (Friday 20 September).

GI Joe tells the little known story of the African American GIs stationed in Dorset during World War 2 – the contribution they made to the Allied War effort and the obstacles they had to overcome. Original cast members – Anyebe Anteyi, David Doust, Sharon Muiruri and myself, Tony, have been supplemented by three excellent new actors – Jasmine Atkins-smart and Moses Hardwick from Bristol and Caine Stanton from Southbourne. Everyone has worked very hard, not only at their performances but also at essential backstage tasks, sorting lights, props and software programmes to run the show on a lap top. 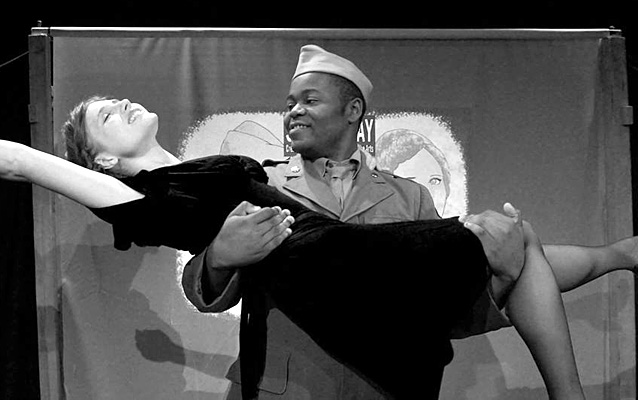 Not forgetting other invaluable team members: AUB Costume Students Libby Cooke, who designed lovely projected images, Livvy Woods, who again sourced and made the costumes and Gill Horitz, for marketing and promotion and general behind the scenes support.

Feedback from audiences described GI Joe in Dorset as “a great show!…wonderful story, well acted and thought-provoking…moving and charmingly naïve…reminded us of a forgotten part of history normally overlooked”

A highlight of the Bridport show for the cast was when audience member, John Stockley, (a child himself of an African American GI and one of the original contributors to DEED’s research project), spoke out after the play to announce: ‘That was my story….my mother…my father’. His sense of ownership of the story made us feel we’d made a decent job of transforming the experience into a play as truthfully as possible. 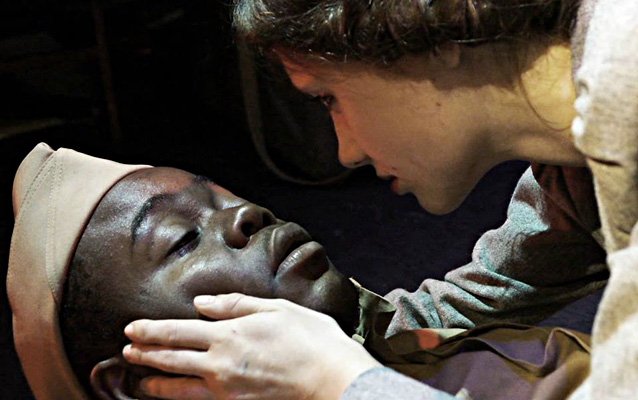 Part two of the tour starts the week after next to schools in Poole and Bournemouth and three rural villages on the Artsreach circuit, before visits to Winchester University, the Arts University Bournemouth, Dorchester Arts Centre and, finally, the newly refurbished Shelley Theatre in Boscombe.

Come and see us! 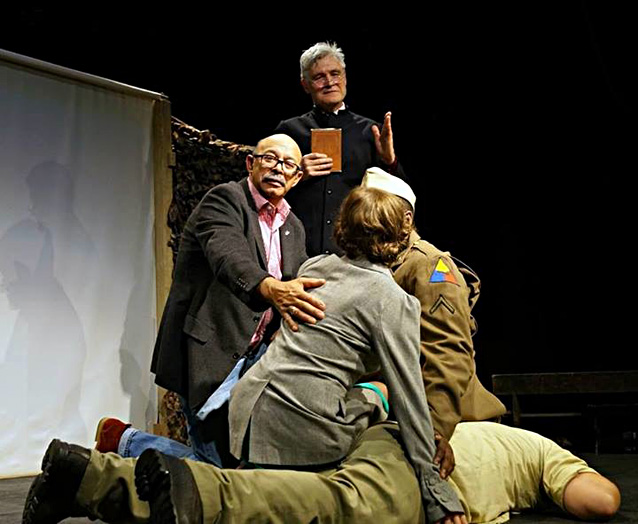 One Response to GI Joe Blog 1