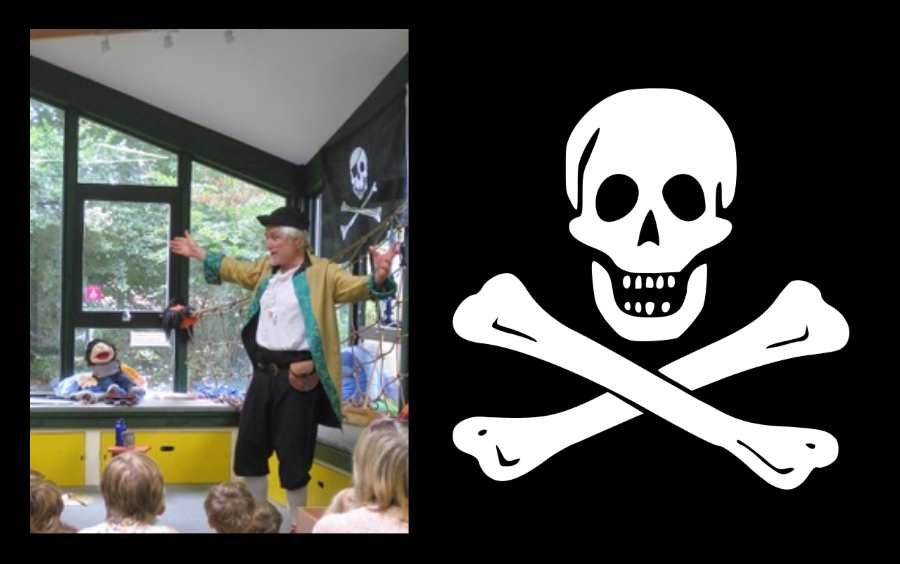 Tony ran a popular summer holiday storytelling and drama session for families at Corfe Mullen library, near Poole, last month. Jolly Roger, a shipwrecked pirate, asked the children to help him read a Treasure Map he’d rescued. He then asked them to accompany him on a dangerous but very exciting voyage across the oceans to the island. They spotted giant sea dragons, trekked over sharp rocks, through squelchy swamps, across red hot deserts and over rickety bridges before making camp. Jolly Roger tried to steal the treasure all for himself but the ‘crew’ woke up and caught him red-handed. He agreed to share it out! Parents were very appreciative of the rich experience the event had offered their children.

State of Play will be offering the Pirates programme to schools again in the new term. For details of all programmes on offer go to our drama page or phone Tony on 01202 882740.