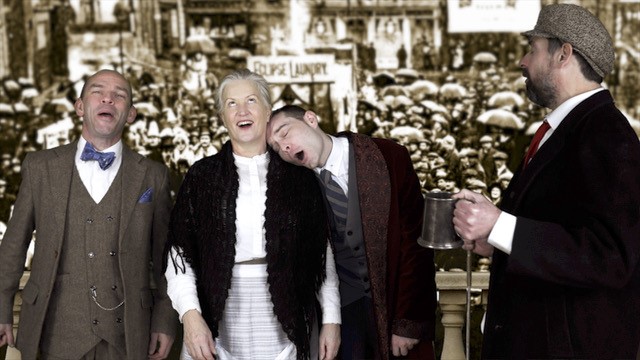 A new drama by Dorset-based State of Play Arts is being premiered on YouTube on Monday (May 25th) at 7pm.

Aftermath – in the Wake of War tells the story of the physical and mental legacy of war through four WW1 survivors. It is based on real lives researched through stories from relatives, diaries and archives.

Originally performed as a play in Deans Court House, Wimborne, Aftermath has been adapted and filmed in multiple locations for a wider audience.

“We’d planned to screen Aftermath during Wimborne History Festival and across Dorset but with lockdown and the closure of venues, we are putting it online for everybody,” explained filmmaker Alastair Nisbet from arts organisation ScreenPLAY.

The main character Sir John Hanham is played by Jake Baker who got a taste of life in the trenches while filming as a background actor in cinema blockbuster 1917 on Salisbury Plain last year.

“Sir John is physically healed from his wounds but mentally still damaged – in the diary he has written while recovering he just says the same thing every day as though it’s all replaying in his head,” Jake explained.

Aftermath, written by Gill Horitz and Tony Horitz is a State of Play Arts and ScreenPLAY co-production for the Priest’s House Museum in Wimborne, funded by the Heritage Lottery.

It premieres online on Monday May 25th at 7pm on YouTube.